Getting the revamped Shareville up and running was the first major project we worked on after starting working with Nordnet Bank in August 2013. It's involved a lot of hard work, dealing with everything from legal and compliance aspects, to the technical challenges of integrating the platforms of the two companies.

Now after the public launch, the real journey has just started... And it's an exciting one. About one month after launch, Shareville already has more than 25,000 users, sharing portfolios with about 1 billion USD in holdings.

Last year Nordnet Bank AB bought a small startup called Shareville, where you could use fictitious money to trade stocks and share inspiration. Think of it as fantasy football for stocks: it used real market data so you could see how well your imaginary investments would do in the real world, and show it off to your friends.

When Shareville’s team joined Nordnet, they built a new social platform and integrated it with Nordnet to create a social investing network - with real money. Shareville users share information about their successes and failures and talk to each other about their investments. New users can follow successful investors and learn from them.

This short video shows how it works.

People tend to make irrational investment decisions. For example; One common behaviour is that when a stock goes up, people want to cash in their profits and sell. If it’s going down, their instinct tells them it’s a great deal so they buy, hoping that it will bounce back to its old price. But the statistics doesn’t support that strategy. In most cases they would have earned more by sticking to the winners and avoiding the temptation to back losers.

Among Nordnet's 420,000 Nordic customers there are a lot of really talented investors who are sharing information about their portfolios and trades through Shareville. That level of detailed data helps all our customers to become successful and avoid making irrational decisions. They can see what is really working for others and follow suit.

What makes it all worth while is when we get feedback like this. (In Swedish, so let me summarize.) Maren is a 65-year old retiree living in Stockholm, who has taught herself the basics of successful investment strategies through talking to other investors, asking smart questions, and achieving over 15% return. Now she is excited about using Shareville to learn more.

It’s still in the early phase, but it’s already clear that social investing is a strategy that offers huge potential both for traditional investors and for savers who don’t necessarily have experience with traditional stock trading.

We're really psyched to be part of this journey going forward, especially curious about what will happen once we bring Shareville to mobile devices, since it currently is desktop only web application.

Reach out to Ombori

As the world begins to open up following COVID-19 lockdowns, there is a growing need to control... 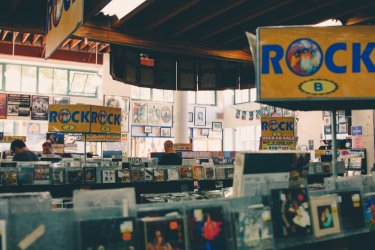 I’ve been a tech guy my entire life. I’ve worked in cybersecurity, banks, railways, and...