No one likes queues. But for the downhill skier, long queues for a cable car are a special type of hell: it’s hours of ski-time, wasted in a freezing line. Fortunately, the end of the queue may be in sight, thanks to a system trialled at the Andermatt Swiss Alps ski resort during the COVID-19 pandemic. 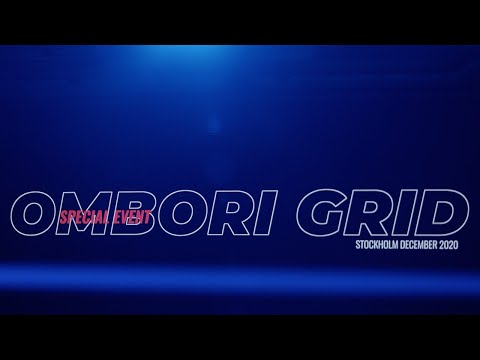 2,400 Skiers going up the mountain  every hour during peak times
94% of visitors liked virtual queuing during their stay
66% of season revenue retained

Skiing without a single queue during peak hour is unheard of for most Alpine skiers. But the luxury ski resort called Andermatt — a picturesque village high up in the Swiss Alps — recently did just this, eliminating queues for its cable car with a customized queue management system from Swedish digital experiences firm, Ombori.

The new queuing system was an answer to a dicey situation. It was October 2020, the COVID-19 pandemic was raging across the globe, and the ski season was approaching fast.

Andermatt ski resort’s management had good reason to fear the Swiss Government would close its ski lifts for the 2020 Christmas season.

A major COVID-19 “superspreading event” at an Austrian ski resort in March had already put the spotlight on all ski resorts in Europe. By late 2020, Germany, France and Italy had ordered ski lifts to remain shut for the Christmas season. Some regions in Switzerland, controversially, kept their lifts open, but closures hadn’t been ruled out, leaving ski resorts in a tenuous situation.

“We were in danger of not being able to run our business with COVID,” says Thomas Landis, chief digital officer of Andermatt. “We had to ask ourselves what measures we had to impose with COVID?” 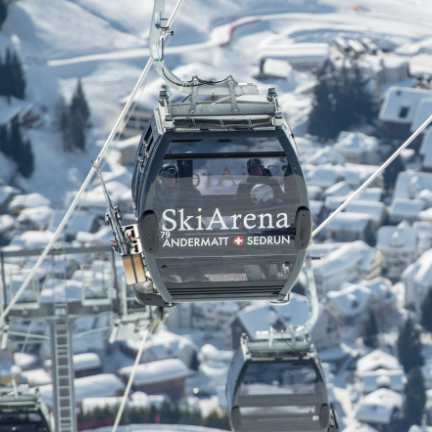 “We have the majority of our revenue coming in the winter. We discussed it and realised we had only two entry points — the gondola and the cable cars — those were the bottlenecks here,” recalls Landis.

Landis urgently needed a solution that enforced social distancing at the lifts. But he also found the idea of eliminating queues forever a tantalizing prospect for the future.

“People really don’t like queueing, you know,” he says.

“We saw the queue management system as a way to break the peak times up better, especially during the weekends. We put together an innovation team — this was back when Covid cases weren't so high,” says Landis.

He recalls that someone in management asked, “What if the case numbers go up?” — a suggestion that the queue management system should proceed in case local infections escalated.

“Plus it’s a pretty shitty experience to wait to go up for hours,” Landis adds.

The initial queue management system Ombori presented Andermatt was a retail solution and was “not a perfect match for our situation”, says Landis. In normal times, Andermatt’s larger cable car can whisk 2,400 people per hour up into the mountains. Capacity would be restricted this year, but Landis needed a system up and running by November.

Ombori partnered with Intel to customize a queuing system suitable for a busy ski lift in an impressive timeframe. After Landis’ team specified its needs, Ombori’s team delivered the first proposal in early October. The final project was agreed upon on October 24. The new queuing system was installed within two days and went live before November, just 20 days after Ombori submitted its first proposal.

Ombori Grid is an Intel® IoT Market Ready Solution (Intel® IMRS). To deliver on the transformative potential of IoT, Intel and its partners, including Ombori, offer scalable, end-to-end solutions which will generate solid business results today and lay the foundation for a more intelligent tomorrow.

“One of our hotels, Radisson Blu, liked it so much they even implemented the solution for their restaurant,” says Landis.

Skiers have found the virtual queuing system intuitive to use. Essentially, they prebook a time slot for the lift on a smartphone app or web page and turn up at the gondola lift at the allocated time. Today an inspector checks the turnstiles helping control the flow of skiers entering the lift queuing zone – in the future this could be done using a QR code scanner.

“At the peak of the season, with the queue system in place properly, it was working very well,” says Landis. “I had people at the call center saying this was the first time we had to answer calls with positive feedback. I even have emails asking us to have this next year as well.” 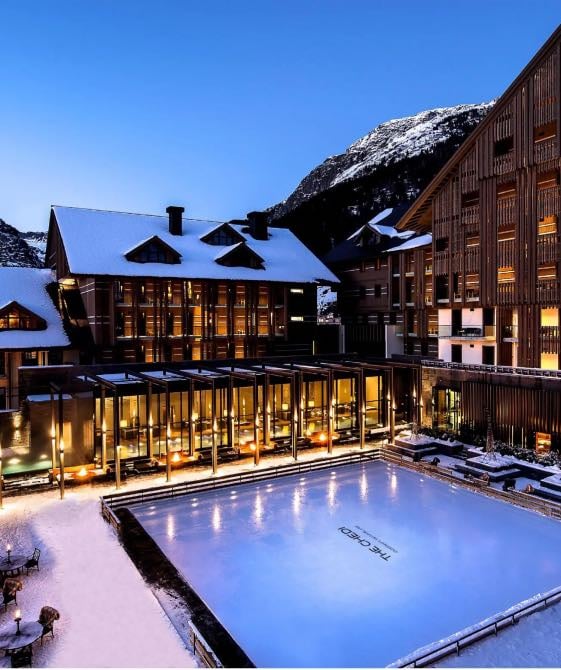 Feedback from Andermatt ski resort customers also suggests that Landis’ vision for ski lifts permanently managed without queues would be welcomed by guests.

“Generally speaking, the concept is really well thought out. Starting with the online booking platform and the moderated check-in in the valley - I hope it could stay like this forever, I've never been so relaxed,” a father of two children who tried Andermatt’s queuing system said.

The Swiss Cantonal Government was also impressed — though some rival ski resorts were not.

“We’ve cut the capacity from 12,000 to 8,000 skiers and the feedback from the state was that: You did everything you could and in the end of the day it only was closed for one week during the peak of COVID here.”

“We could tell our customers: Don’t cancel your vacation, come up to Andermatt, you are safe here,” he adds.

An added bonus for Andermatt ski resort was that a creative solution to a difficult situation attracted national press coverage because a local company had invested in technology that would ultimately help Switzerland’s ski lifts stay open while keeping patrons safe during the pandemic.

Our Queue Management solutions are powerful, versatile, and easy to deploy. They run on standard hardware and integrate easily with your existing systems. They are easily configurable to your unique requirements and branding.

More stories from our customers 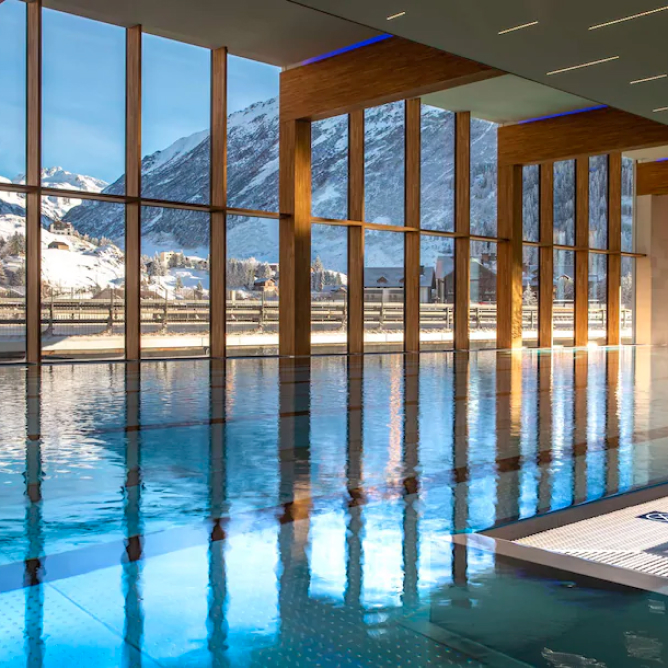