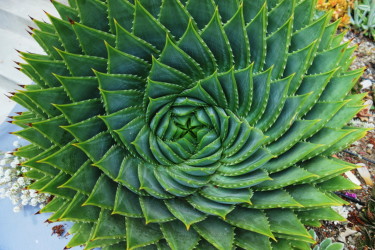 When you think about your online presence, you shouldn't divide it into your Web site and your app. They're all part of the same thing, both in the minds of your customers, and in the mind of Google. When designed and managed properly, your site and your app should reinforce and complement each other.

Customers don't look at your site and your app as separate things. As far as they're concerned, they're all part of the same brand, just different ways to access it. (And, if you have a retail store as well, that's just another part of the same thing, not a separate commercial units.)

In this omnichannel world, customers don't care about technical issues or internal divisions of responsibility. They just want to use whatever tool is most convenient to find out what you're offering, make a purchase, track their deliveries, or communicate with you. In fact, they're likely to use more than one tool in the same transaction. They may browse on their phone while riding the bus to work. Then they'll make a purchase on their computer during their coffee break. And finally they'll keep an eye on their shipping notifications via the app.

The user experience has to be seamless and unified, allowing them to shift between devices and tools at will, and do what they want whenever and wherever it's convenient.

Google's stated aim is to promote the content that their customers want. Their increasingly sophisticated algorithms are no longer simple checkboxes of headings, keywords, links and site traffic. What Google's ranking system looks for now are the elements that will make your entire brand attractive to people. The art of modern SEO and ASO isn't simply to outguess Google programmers: it's to understand what people are actually looking for.

What Google's ranking system looks for now are the elements that will make your entire brand attractive to people.

There is already a wealth of material about SEO and ASO, so I'm not going to go over all the techniques for boosting sites or apps. Instead, I want to concentrate on the specific techniques that focus on the interaction between apps and Web sites(including mobile Web).

Designed and deployed properly, your app and site will build on each other. Your site attracts casual users and organic search. From there, your most loyal customers will become your app users. By using your app regularly, those VIPs will not only drive your app store rankings higher, but will also drive your web search rankings up, which in turn brings you more customers through organic search.

It's a powerful positive spiral that retailers need to learn to exploit.

Many retailers are their own worst enemy

Amazon and the rural economy