Omnichannel, unified commerce, whatever you want to call it - there’s no real dispute any more that it’s the future of retail. Most retailers agree that it’s a route they have to take. But many retailers I’ve talked to recently seem set on sabotaging their own omnichannel strategy, even though they don’t realize it.

It isn’t that they don’t want to take the omnichannel route. They do. But the problem is systemic. It’s built into the very structure of their business.

In its simplest terms, unified commerce isn’t a technical solution. It can’t be implemented by the IT team, or by any single part of the business. It's a management decision, and almost always requires support all the way from board level, down through every individual division, team, and employee.

Fundamentally, there’s all too often a huge mismatch between the core philosophy of unified commerce and the way the business is set up. Unified commerce, as the name suggests, requires that customers can move smoothly between different stages of the customer relationship with every transaction: online marketing, traditional marketing, showrooming, online sales, physical sales, customer service, delivery, and all without even noticing that anything’s changed. As far as the customer is concerned, it’s all the same exact thing, whether they’re interacting via an app, mobile web, desktop, phone, email, or face to face.

But in many medium to large organizations, each of those is an independent division, often in direct competition with other parts of the business. Online marketing and in-store marketing are separate. Mobile and Web are separate. Physical stores compete with online sales. Individual stores compete with each other. Online fulfilment has nothing to do with ship to store deliveries And customer service is detached from all of them. Each individual division has its own budget, its own inventory, its own metrics, its own customer data and software, its own incentive and compensation schemes. They’re only interested in their own performance, and achieving their own targets.

That may make sense in terms of driving efficiency for the individual divisions, but it’s totally in opposition to the entire thinking behind unified commerce. In the omnichannel world, the aim is for the company to make a sale and create a happy customer - it doesn’t matter who actually makes the sale, as long as the sale is made and the customer is satisfied.

Are you setting yourself up to frustrate your customers?

This may sound obvious, but it’s astonishing to me how many companies don’t work that way - and often flat out refuse to do it that way. I’ve talked to retailers who don’t want customers to be able to check online inventory while they’re in-store in case they purchase online instead of in the store. Many retailers have separate online and physical pricing - and they won’t honour online prices in-store or physical coupons online. They often don’t even want to tell customers that the out of stock item they want is currently available in a different branch of the same store. Even though they could satisfy the customer immediately, there’s no incentive to send them elsewhere and boost someone else’s sales figures. Store staff often can’t help a customer who has a problem with an online order, because they don’t have access to online customer data.

If your business operates this way, stop for a moment and think of it from the customer’s point of view. This is a ridiculous situation. They want to give you their business, but you’re making it next to impossible to actually deal with them because your internal divisions won’t cooperate with one another. They just want to buy a sofa or a pair of shoes or a set of headphones. They want to get information in whichever way is easiest for them at the time - and probably several different sources at different times throughout their customer journey. They don’t care which bit of your company takes their money or who they’re dealing with. They just want their stuff, and they want you to make it as easy for them as possible.

When a business is based around silos, it’s not going to be a simple matter to get them working in harmony. Independence is deeply ingrained into the mentality of everyone in the silo, from the senior management and VPs, right down to the phone operators, the in-store sales staff, or the warehouse workers. Their entire worldview and modus operandi is based around getting results for their team. They don’t win if someone else gets the sale - in fact, maybe they actually lose if they pass a customer on to a different team.

Changing that perspective isn’t a trivial task. There will almost always be resistance from staff at all levels who feel threatened, and who want to continue working the way they always have. You may have huge challenges in terms of software integration, cross-training, fulfilment, and inventory management. You may have to rethink your incentives and compensation strategies. You may need to establish new internal communications systems and reporting lines.

There’s no getting away from the fact that this will be a hugely disruptive process. You are, in effect, restructuring your entire company. Every single department, every individual, is likely to be affected in some way. It will take careful planning and a firm directive from the very top of the company. But it’s necessary. As Steve Dennis put it, silos belong on farms. 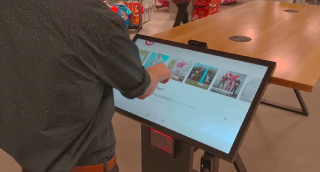 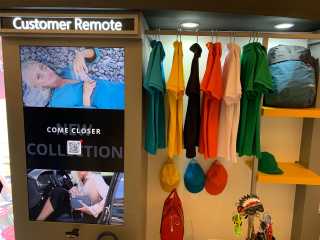 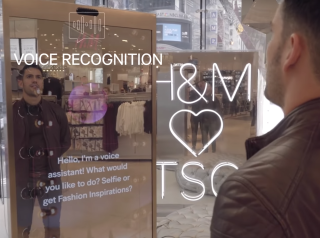 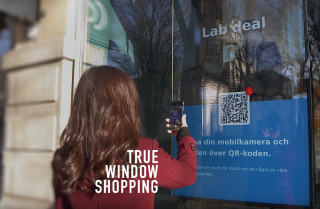 Let’s talk about how we can help your business reach the next level. E-mail us on hello@ombori.com or use the form to contact us today.

IT, design and management consulting

Center of excellence for cloud operations, security and compliance