The Etymology of Queue and Homophones 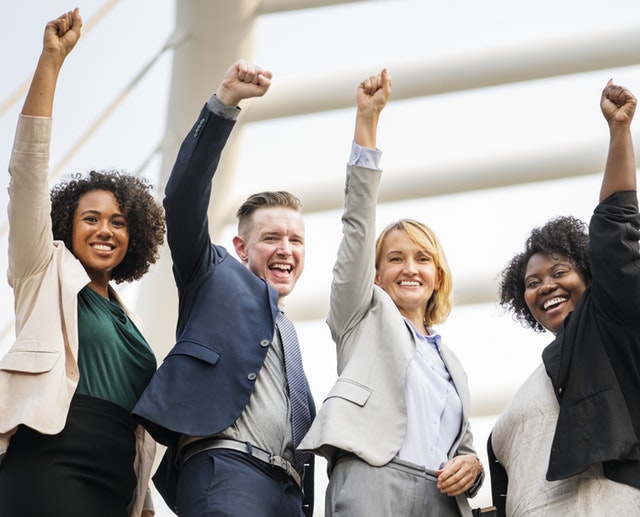 When E.B. White was revising The Elements of Style, one of the most influential guides to English usage in the twentieth century, he famously said, "I hate the guts of English grammar." Anyone who has studied the language might agree. English is interesting, to say the least – it is filled with idioms, complicated grammatical rules, unusual sentence-level patterns, and homophones. In fact, it is reportedly one of the most difficult foreign languages to learn.

We see examples of grammatical challenges every day – in all industries. In queue management systems, we especially see confusion in how to spell the word queue.

What is the Definition of Queue?

Often, a queue is simply referred to as a line. Therefore, we often hear the preceding sentences restructured as follows:

Where Did the Word Queue Come From?

The word queue stems from the twelfth century and refers to the Old French word cue, coe, or queue, which means "tail." In the fifteenth century, the term reportedly transitioned to queue, also meaning "tail." The French term originally comes from the Latin word coda (dialectal variant or alternative form of cauda), which also means "tail."

Others have referred to a queue as "a braid of hair usually worn [by men] hanging at the back of the head." This particular usage originated in the eighteenth century. Although typically associated with Native Americans, queue also has military significance. In 1810, William Duane defined queue as follows: "From the French, which signifies tail; an appendage that every British soldier is directed to wear in lieu of a club. Regimental tails were ordered to be nine inches long."

By 1924, the term had been adopted as a verb, queueing or queuing, defined as "to stand in or join a line." The plural of queue is queues.

A Common Mistake: Replacing Queue with Que or Cue or Q

Before discussing the most common mistakes in queue usage, let's take a humor break.

What did the beach say to the tide? Long time, no sea.

Homophones provide ample humor, but they are no joke, especially for those new to the English language. Because of homophones, millions of people often mistake queue for que, cue, or even Q.

A homophone is "a word that is pronounced the same as another word but has a different meaning or spelling, or both." Examples of homophones include air/heir, be/bee, there/their/they're, in/inn, know/no, for/four, and the list goes on.

The alternatives often used for queue, however, have drastically different meanings.

Que: Que, in fact, is not a real word. It is often a common misspelling of queue. This mistake may result from that awkward feeling you get when you type the word and think it can't possibly have that many vowels – and in a row!

Cue: Cue has multiple definitions. Most commonly it is understood as "a signal for someone to start doing something" or "a word or action in a play or movie that is used as a signal by a performer to begin saying or doing something." For example, "They started washing up, so that was our cue to leave the party."

Q: Q is simply a letter in the alphabet – it is not a separate term.

Queue as a verb is queueing. However, many individuals often spell it as queuing. In the English language, both are appropriate, and both are defined as to "arrange or form in a queue."

Simple uses of the verb include the following:

Once the doors to the store opened, customers started queueing.
It will offer more seating capacity and reduce queueing times.
Multiple people were queueing for the morning bus today.

Today's industries have adopted the term and developed the concept of queue management systems, specifically in the retail sector. Queue management systems, such as Ombori's, "help businesses address and improve productivity and turnover, all while improving client satisfaction." In addition, "they [create] order to [a] waiting line … [spur] the actions needed to render the entire process more effective and streamlined … [and] can eliminate the need for a formal queue altogether."

Queue management systems allow businesses to meet their goals. As Ombori points out, they have several benefits:

The word queue is referred to often when people discuss queue management systems. By nature, it is the key term when navigating through such platforms. Common terms within the industry include queue jumping, queue area, and queue length. Each of these phrases can easily be understood if you replace the word queue with line.

What is a Virtual Queue?

Today, the usage of queue continues to expand. Thanks to a transition in consumer demand, we now have virtual queues.

A virtual queue, often referred to as a virtual que, is "a customizable solution that allows stores, offices and other locations to control the number of people within the building and reduce the number of people waiting in line using a virtual queuing system." Instead of individuals waiting in an actual line for their turn, they can continue conducting business as usual while they wait their turn. Once it is their turn, they are generally notified about the change in their status via their cell phone.

Additionally, we now see queues on e-commerce platforms. When shopping online, consumers are taken to the checkout page on a website. In some cases, they must wait in a queue to check out. This is common when purchasing tickets for shows or concerts online. Online queue management systems are often used for such purchases, which help control website and app traffic and improve the consumer's overall experience.

So, do not let the preponderance of vowels fool you. Even though it is just one syllable, queue is a powerful little word and continues to influence our vocabulary – even in the cyber world. 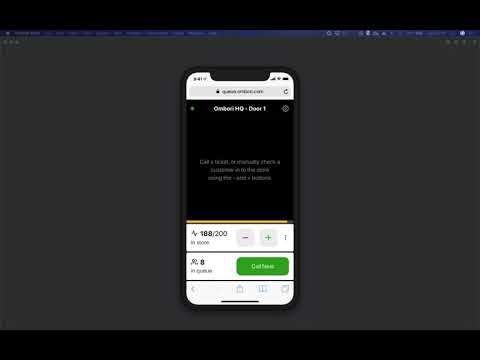 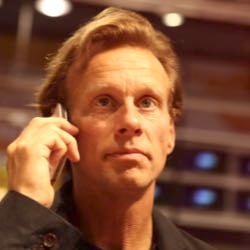